A Chocolate, With Amway Undertones, Networks Its Way Into New York 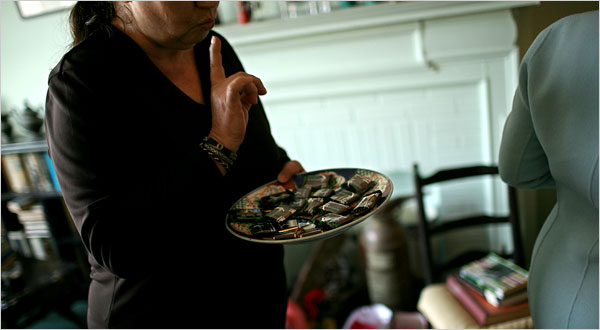 XoÃ§ai, a chocolate touted to have New Age health benefits, is being marketed, Amway-style, at parties in Manhattan. Above, Patricia Watt at a chocolate party.

By MICHAEL WILSON
Published: May 9, 2009
The little wrapped chocolates were passed around the Upper West Side living room on a silver tray, plucked one at a time by the manicured hands of the guests perched on sofas and kitchen chairs.

The chocolates are touted for their weight-loss benefits and nutritional value.